NOTICE: During the COVID-19 Pandemic, the City of Rancho Cucamonga is, and will remain, both open and committed to serving its citizens and business community by ensuring the operations and availability of our Community Development services. We strongly believe that by supporting and encouraging development in all sectors, processing permits for construction improvements and emergency repairs, and reviewing applications for new businesses while supporting businesses, our community can ensure we are resilient, heal our economic wounds quicker, move forward and thrive.

Please be aware that in an effort to limit person-to-person contact, we are encouraging the use of our online services. If you need to speak with one of our staff, please use the directory HERE to locate the department or person you need to speak with. Visits to City Hall will be accommodated by appointment only at this time to ensure we can maintain social distancing and keep our workforce healthy.

Thank you for your understanding and commitment to our community.

NOTE: THERE HAVE BEEN SOME MODIFICATIONS TO INSPECTION PROCEDURES THAT REQUIRE ACCESSING HOMES. PLEASE CLICK ON THE SELF CERTIFICATION DOCUMENT BELOW FOR MORE INFORMATION.

Today's Inspection Schedule How to schedule an inspection Subcontractors List 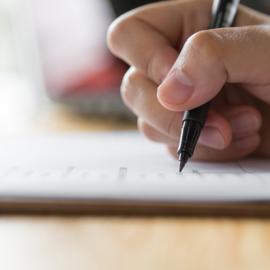 This folder provides printable forms for requests, applications, and any requirements needed for projects.
END_OF_DOCUMENT_TOKEN_TO_BE_REPLACED 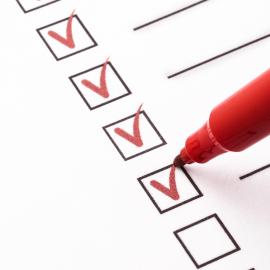 This folder contains important documents that can be viewed when needing assistance in constructing your project.
END_OF_DOCUMENT_TOKEN_TO_BE_REPLACED 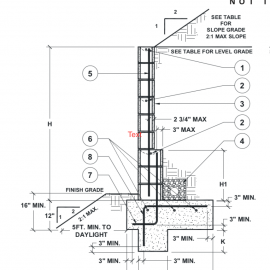 This folder contains standard details for small projects. When these standards are used, the project shall fully comply with the requirements included in the standards.
END_OF_DOCUMENT_TOKEN_TO_BE_REPLACED 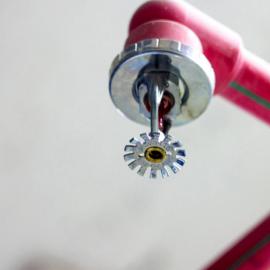 Building permit applications are processed by our Building and Safety Permit Technicians. Applications are created using the Rancho Cucamonga Online Permit Center from the comforts of your home computer, the convenience of your mobile device, or from the kiosks located at City Hall on the Plaza level near the Planning counter. Click here for a how to guide to apply for permit online.

The City of Rancho Cucamonga Building and Safety Department will be transitioning into a paperless plan submittal policy by July 1, 2020. The first phase of this transition began on August 1, 2019, in which, all Tenant Improvement projects and New Construction record types are required to submit plans electronically on the Rancho Cucamonga Online Permit Center. The Building and Safety staff is committed to helping our residents through this transition period. Please email buildingandsafety@cityofrc.us for any questions.

The Building and Safety Services Department issues permits for construction, fire sprinkler and alarm installations, and all other building permits. All applicants will be required to visit City Hall to pull the permit. Permits can not be issued via email. Please contact the department at buildingandsafety@cityofrc.us for any questions.

The Rancho Cucamonga Building Inspection staff conducts safety and compliance inspections on permitted work from water heater installations to multiple unit apartment complexes. Our department offers next day inspections for all permits. Inspections are performed Monday through Thursday between 8 a.m. and 5 p.m. Sign into your account on the Rancho Cucamonga Online Permit Center to schedule your inspection. You can also access the Mobile Version here to access your account. Please view the Buidling's Daily Inspection Schedule provided at the top of this web page, on the day of your inspection to confirm the time frame of the inspection.

If you have any information to share regarding scheduled inspections, please TEXT US at 909-303-1786.

In 1957, an industry group known as the Trailer Coach Association (TCA) representing "trailer" manufacturers sponsored legislation that made it unlawful after September 1, 1958 for any person to sell or offer for sale within California, any trailer not in compliance with construction regulations of the Department of Industrial Relations, Division of Housing. This was the first by any state to regulate trailer (also known as "trailer coaches") construction and the predecessor to today's modern codes regulating mobile home, manufactured home, commercial modular, special purpose commercial modular, and recreational vehicle construction.

In the beginning, all types of trailers were entitled "trailer coaches" in the law and regulations. As time passed and manufacturers began manufacturing specific types of units for different markets and uses, the names "mobile home" and "commercial modular" emerged. In 1979, the name "special purpose commercial modular" was added in order to separate smaller vehicular type commercial modular with a high degree of mobility from larger transportable structures generally intended for extended or permanent installation.

The following may help in understanding the types of units subject to the Department's manufactured housing programs:

Multi-unit Manufactured Homes are one or two family dwellings transportable in one or more sections built to Department regulations designed to contain no more than two dwelling units. (legal definition contained in Health and Safety Code Section 18008.7).

Recreational Vehicles are vehicles designed for recreational, seasonal, or emergency occupancy and are built to nationally recognized recreational vehicle standards. Effective January 1, 1999, Chapter 293 of the 1998 Statutes (AB 1984, Miller) repealed the Department's authority to review and approve plans, conduct inspections, and issue insignia of approval to indicate compliance with applicable standards. The remaining authority is to investigate possible violations by a manufacturer "at the factory." Park trailers are included within the definition of a recreational vehicle.

Commercial Modular are transportable structures (not vehicles) greater than 8 ft. 6 in. wide or 40 feet long requiring a permit to be moved on the highways, which are designed for human occupancy for industrial, professional, or commercial purposes, and are built utilizing nationally recognized "model" building codes adopted by reference into Department regulations (legal definition contained in Health and Safety Code Section 18001.8).

The Department of Housing and Community Development was once the exclusive HUD approved inspection agency for new manufactured home construction, but since July 1, 1986, that responsibility has been shared with HUD-approved private inspection agencies. The Department also provided design approval service for "manufactured homes" until January 1, 1987. All such design review is now provided by private design approval agencies approved by HUD for all manufactured housing produced in California.

The Department remains active in the promulgation of regulations for mobile homes, commercial modular, and special purpose commercial modular construction, by monitoring the performance of Department-approved Quality Assurance and Design Approval Agencies. The Department also, as applicable, approves designs and performs inspections when the construction, fire-life safety, electrical, plumbing or mechanical systems are altered from the originally approved design.

The State Mobilehome Park Act, Division 13 Part 2.1 of the California Health and Safety Code and the related State Regulations, permit the assumption of enforcement responsibilities for construction, use, maintenance and occupancy of the mobile home parks by the City or County. Section 1004 of Title 25 of the California Code of Regulations (CCR) sets forth the steps by which local enforcement is achieved.

The City of Rancho Cucamonga is responsible for enforcement of mobile home parks and modular homes within the city limits per Division 13 Part 2.1 of the California Health and Safety Code. 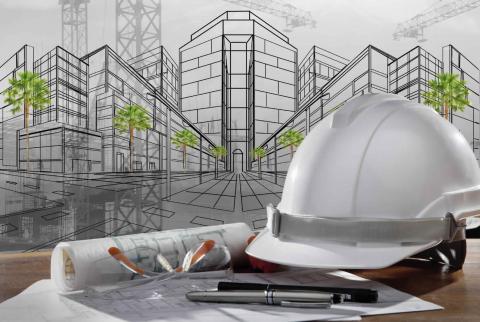 Having trouble using the Online Permit Center? Here are some helpful videos you can view to help navigate your way through the system. Click on any of the five videos provided below to help guide you in your task.

How to Create an Application

How to Upload Your Plans Electronically

How to Track Your Record Status

How to Schedule an Inspection

The City of Rancho Cucamonga is required by state law to reduce the amount of material that is hauled to landfills. To reach this goal, the City created the Construction and Demolition Diversion Program to divert materials generated from construction or demolition projects from landfill disposal to recycle or reuse.