Remembering a Pillar of our Rancho Cucamonga Community, Sam Spagnolo

With over 50 years of service to our Rancho Cucamonga community, this loss will be felt for years to come.  Sam Spagnolo was also a loving husband, father, and grandfather. Sam leaves behind his wife of over 50 years, Vi, three children, and seven grandchildren. We would like to share our condolences and unwavering support to the Spagnolo family as they grieve his passing.

As we remember this pillar of our community, it is important to acknowledge the positive impact his work has had in Rancho Cucamonga. He retired as a Fire Captain with 35 years of service to the Rancho Cucamonga Fire District. 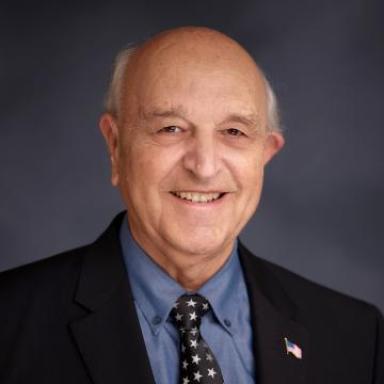 Sam was involved in many community charities, even initiating several life-saving programs. For his efforts, Sam received numerous accolades and recognitions for his service. He was the recipient of the Cucamonga Peak Award in 1998, the City’s Harvest Award in 2001, the Fire Quest Volunteer Award in 2002, and received Congressional Recognition for his action in fighting the Grand Prix Fire in 2003. Sam was the creator of the Ashley Smith Fund for child burn victims, founder of the City's CPR and first-aid program, volunteer for "Spark of Love" Toy Drive, and a past Board Member for American Heart Association. Sam Spagnolo retired from the Rancho Cucamonga Fire District on December 31, 2003.

Sam was elected to the Rancho Cucamonga City Council in November 2004, and re-elected in 2008, 2012, 2016, and 2020. He served as President of the League of California Cities Inland Empire Division and as Chair of the Omnitrans Board of Directors.

For the last twenty years, one of Sam’s passions was to bring a 9/11 Memorial Park to Rancho Cucamonga. His role was instrumental with the non-profit organization, Freedom’s Flame, who retrieved remnants from the World Trade Center, Pentagon, and Flight 93 that crashed in Shanksville, Pennsylvania and brought them back to Rancho Cucamonga. The development of a 9/11 Memorial Park just began gaining momentum in the last few months of his life and our commitment to seeing this project come to fruition in his honor is stronger than ever. For more information on this project visit, CityofRC.us/911MemorialProject.

“Myself and my fellow City Council / Fire Board Members are deeply saddened by the loss of our colleague and friend. We are mourning his passing along with his family and friends. Council Member Spagnolo’s service to our Rancho Cucamonga Community will have a lasting impact for generations to come,” Mayor L. Dennis Michael said

We request privacy for the Spagnolo family to mourn the loss of their patriarch. In lieu of flowers, the Spagnolo family is requesting donations in his honor be sent to the Rancho Cucamonga Firefighters' Association (RCFA), where the funds will be distributed to the causes he held close to his heart, including 9/11 Memorial Park and St. Jude. To donate, send a check made out to RC Firefighters Benevolent Fund and in the memo denote “In honor of Sam Spagnolo” to RCFA, 9259 Archibald Ave., Rancho Cucamonga, CA 91730. Information on how to donate online will be forthcoming.

There is no information on funeral services or memorial ceremonies at this time.