RANCHO CUCAMONGA, Calif. – October 5, 2022 – The City of Rancho Cucamonga City Council and the San Bernardino County Transportation Authority (SBCTA) Board of Directors have approved the first step of the sale of a five-acre portion of the jointly owned property at Cucamonga Station to Brightline West. The agreement clears the path for Brightline West to develop the property at the northwest corner of Milliken Avenue and Azusa Court, and build the first high-speed rail station in California connecting Rancho Cucamonga, the High Desert, and Las Vegas. Brightline is the only private provider of modern, eco-friendly intercity rail service in America. The company currently operates between Miami, Fort Lauderdale, and West Palm Beach in Florida and is scheduled to complete construction to the Orlando International Airport by the end of 2022.

“The public-private partnership between Rancho Cucamonga, SBCTA, and Brightline West will help transform the region through an exciting multi-modal transportation hub in the heart of the Inland Empire,” said City of Rancho Cucamonga Mayor Dennis Michael. “Cucamonga Station aligns with our City’s quest to anticipate and embrace the future, relentlessly pursue improvement, and promote a safe and healthy community for all.”

Cucamonga Station will go through a transformation in the coming years, making it the region’s global connectivity point and destination location for everything California has to offer. Transportation modes at Cucamonga Station will provide service through high-speed rail, the Metrolink San Bernardino Line, and Omnitrans Bus Rapid Transit and local bus service, as well as serve carpool commuters. Plans are also moving forward for a sub-terranean loop to Ontario International Airport (ONT), led by SBCTA, where passengers will be transported in just a few minutes between Cucamonga Station and airport terminals. In anticipation of deploying this service, Omnitrans has already launched ONT Connect, a regular shuttle service from Cucamonga Station to the airport that operates daily every 35-60 minutes.

“This agreement is a culmination of several years of working together with our partners and is a key milestone to bring high-speed rail to the Inland Empire,” said John Gillison, City Manager for the City of Rancho Cucamonga. “Cucamonga Station will serve as a global connectivity anchor within the newly branded HART District.”

“We are pleased to take this next important step forward in bringing enhanced transit connectivity to one of the fastest-growing population and economic centers in the country,” said Art Bishop, President of the SBCTA Board of Directors and Mayor Pro Tem of the Town of Apple Valley.

The Cucamonga Station will be strategically located within the HART District – a new transit-oriented, mixed-use, housing, retail and commercial district that elevates the area into a walkable, culture-rich experience. Located within the area of Haven Avenue, Arrow Route, Rochester Avenue and the Transit station in Rancho Cucamonga, it will serve as a crossroads of food, travel, culture and commerce. The HART District is poised to be the next key economic catalyst in the region. To learn more, go to www.TheHartDistrict.com. The City of Rancho Cucamonga, Greater Ontario Convention & Visitors Bureau (GOCVB), Omnitrans, the Ontario International Airport, and San Bernardino County have established a joint effort for the project development and outreach programs. Additional project partners will come onboard as the project continues to move forward through the development process. 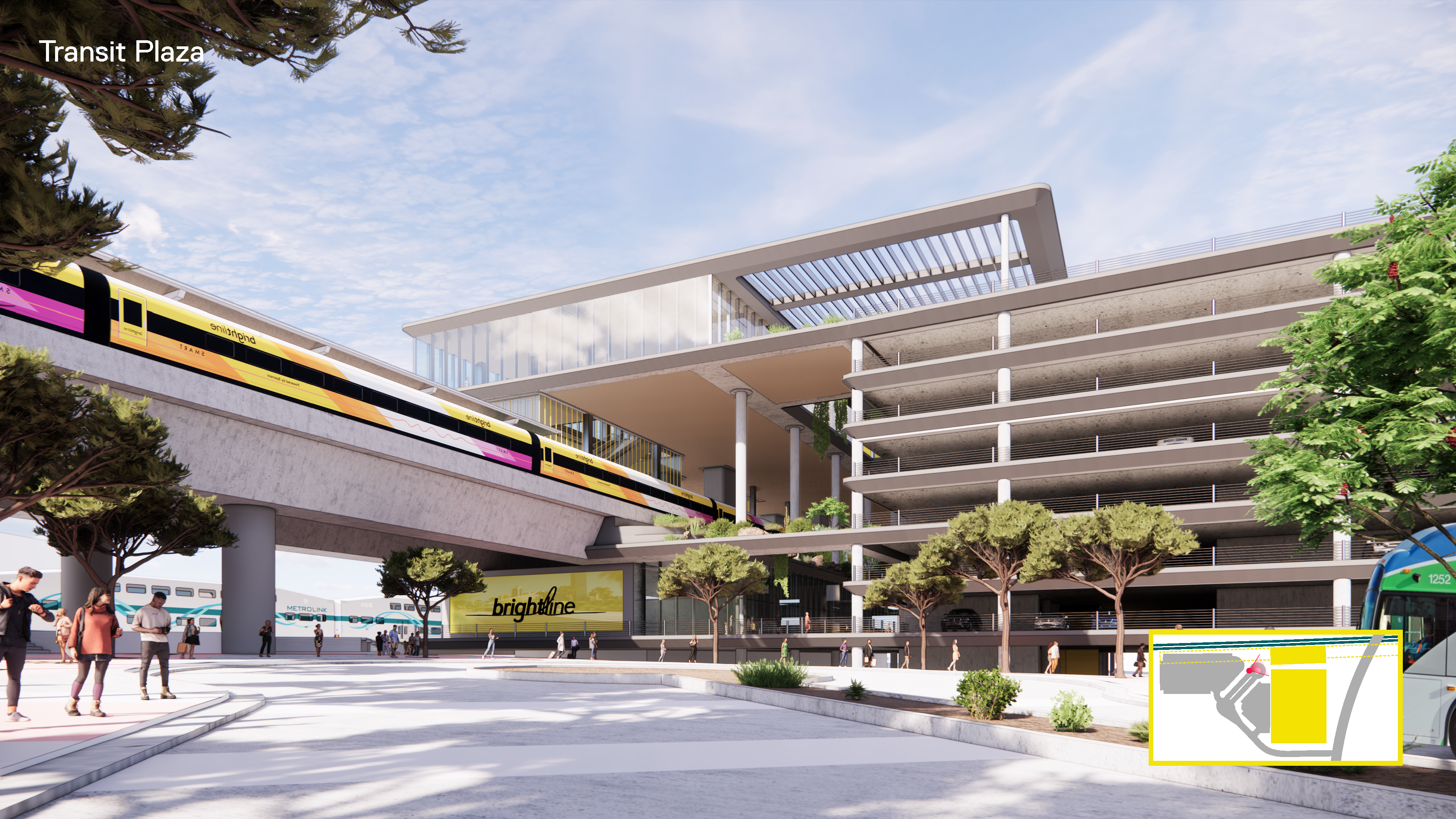