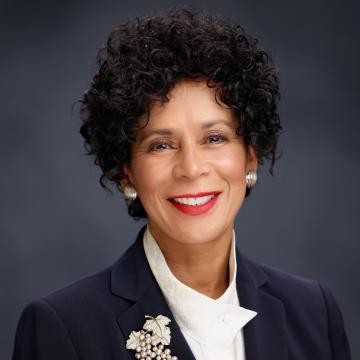 With a professional career spanning over three decades as an educator and school administrator, Lynne Kennedy is a passionate leader with a lifelong commitment to education and service.

Lynne first discovered her life’s calling while working as a mathematics teacher at a junior high in the Rialto Unified School District. Her passion for education prompted the pursuit of an administrative credential, which opened doors and led to positions as both an assistant principal and principal at local schools. At the district level, Lynne has worked to craft curriculum and boost student achievement in her official capacities as Director of Student Achievement, Associate Superintendent and Superintendent.

After retiring in 2012, Lynne returned to work as the Executive Director of the Alliance for Education for San Bernardino County Superintendent of Schools.  As Executive Director, Lynne works with school districts across the county to build partnerships among business, labor, government, community and education.   The goal, through a collective impact model, was to produce an educated and improved quality of life for all residents in Rancho Cucamonga and the Inland Empire. Lynne retired again in 2019, culminating a 40-year career in education.

A lifelong resident of the Inland Empire and a graduate of San Bernardino High School, Lynne decided to remain local in her educational pursuits. She is the recipient of a Bachelor’s degree in mathematics from the University of Redlands, a Master’s Degree in School Administration from Cal-State, San Bernardino, and a Ph.D. from Claremont Graduate University. Her dissertation on education reform received the Claremont Graduate University, Urban Leadership Achievement Award and the Phi Delta Kappa award for Dissertation of the Year.

Lynne is a firm believer that a life is defined not only by one’s professional accomplishments but by giving back to the community. Based on this principle, Lynne has a made service a central tenet of her life. She is a charter member of the San Bernardino Valley Chapter of The Links, Incorporated, one of the nation’s oldest and largest volunteer service organizations of women who contribute thousands of documented hours of community service annually.

In addition to her work in the community, Lynne is an active member of the church. In the early 1980's, Lynne taught confirmation classes at Shepherd of The Hills Lutheran Church in Rancho Cucamonga, and currently serves as member of the Hillside Community Church’s Board of Directors and Guests Services ministry team.

Lynne’s zeal for excellence, knowledge and experience in governance, and dedication to her community make her a strong leader for Rancho Cucamonga. As Mayor Pro Tem, Lynne brings forward-thinking, commonsense solutions to the table in an effort to build a more prosperous tomorrow for the city she has proudly called home since 1980.

Lynne has been married for 42 years to her high school sweetheart, Michael Kennedy,an attorney and senior partner at Estelle & Kennedy, A Professional Law Corporation.