Update on the Regina Winery Property

The City of Rancho Cucamonga is the owner of the historic Regina Winery, which is currently leased to and operated as the Joseph Filippi Winery and Tasting Room. With the potential future retirement of the current lessee, in 2021 the City considered various proposals that would restore and adaptively reuse the historic parts of the winery, and add winery-related uses with a potential mix of hospitality, dining and drinking, open space, and hospitality-integrated residential uses. The top three proposals were closely considered and shared with the community, with one (Temecula Valley Winery Management) ultimately withdrawing from the process.

In Spring 2022, following a review of the proposals and extensive community feedback, it was determined that none of the remaining proposals fit the overall vision and community feedback for the winery, and the redevelopment efforts for the site have been discontinued for the time being. The City will continue to work with the current lessee, the J Filippi Vintage Company, to support their operations on the site for the immediate future.

Potential Concepts for the Regina Winery 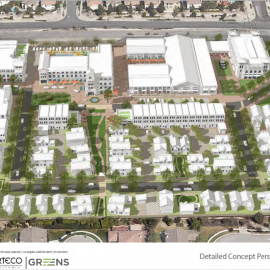 Working within the historical thread of Rancho Cucamonga, tapping into the Filippi Winery history and storytelling allows Cooper’s Row the remarkable opportunity to continue the legacy of the land, artfully crafting an epic place for gathering; to strengthen the bonds between neighbors, visitors, and the individual looking for the relevant and genuine texture of local culture.
END_OF_DOCUMENT_TOKEN_TO_BE_REPLACED 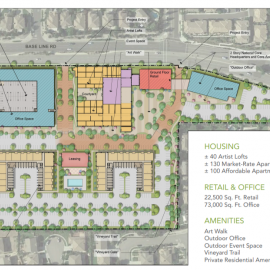 Portions of the existing historical structure will be preserved, enhanced, and transformed into a creative arts campus featuring live-work lofts and arts spaces with a curated tenant mix that will aggregate artistic ventures including practicing artists, galleries, music studios, art and music instruction, craft artisans. To honor the history of the Regina Winery, portions of the historic sheds will be customized to accommodate a wine shop, wine tasting bar, micro winery, and a winery-themed banquet facility.
END_OF_DOCUMENT_TOKEN_TO_BE_REPLACED 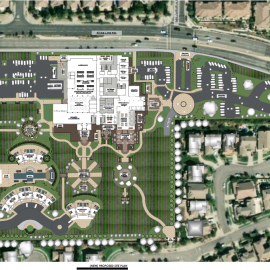 Cucamonga Valley Winery Resort is to be Rancho Cucamonga’s Landmark Destination dedicated to providing world-class experiences through offerings that include, but are not limited to:
• Wine Tasting and Tours
• Restaurant and Bar
• Weddings and Private Events
• Hidden (Prohibition) Bar
• 20-Room Luxury Resort
• Farmers and Artisan Craft Markets 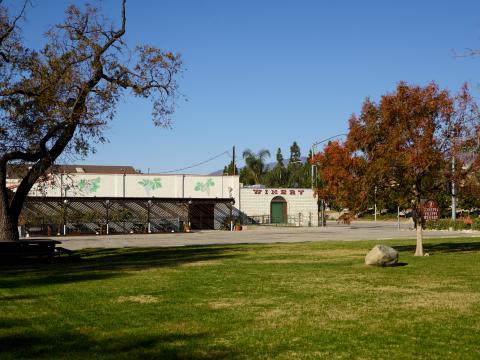 The Regina Winery is located at 12467 Base Line Road, just west of Day Creek Boulevard. This site is within close proximity to the I-210 Freeway to the north, and the I-15 Freeway to the east, and the Victoria Gardens outdoor regional shopping destination to the south. The image below shows the existing Joseph Filippi Winery buildings; the entire roughly 14.2 acre Regina Winery property includes these buildings and the surrounding undeveloped parcels shown in the image.

This historic name of this property was the Ellena Brothers Winery/Regina Grape Product Co. The winery is one of five wineries surviving out of some 60 such operations which once dominated the physical, economic and cultural livelihood of the Cucamonga Valley.

Winery co-founder John B. Ellena focused his efforts after 1949 on producing wine vinegar almost exclusively, and the Regina Grape Products Co. (as it was known by 1959) was the nation’s leading producer of wine vinegar. Along with the nationwide distribution of wine vinegar, the winery itself took on the flavor of a destination theme park, with daily self-guided tours, an annual grape festival, and resident miniature horses imported from Argentina.

In 1968, the state’s first restaurant on a winery site was opened. Sold to Heublein and later to Del Monte and its successors, the winery continued to produce wine vinegar and other products until 1992.

The property was purchased in 1993 by the City’s Redevelopment Agency. Soon after, the winery was leased to the Filippi family and began operations as the Joseph Filippi Winery and Vineyards. Since that time, the Filippi's have worked to revitalize the old vineyards, plant new vines, and operate the winery at the location pursuant to the lease. Since 1922, the Filippi family had grown grapes and made wine in the Cucamonga Valley at other locations in the area.

In 1995, the federal government established the Cucamonga Valley as an approved viticulture area. The new law enabled wineries use of the words “Cucamonga Valley” on their wine labels for wines that use at least 85% Cucamonga grapes.

While the winery function existed prior to 1949, its primary significance dates to the period 1949-1971, when the facility produced a national brand of wine vinegar under the Regina label and the winery itself became a popular destination point for tourists. The 1949-1971 period of significance does not meet the National Register’s 50-year requirement and the property does not meet the criteria of exceptional importance. 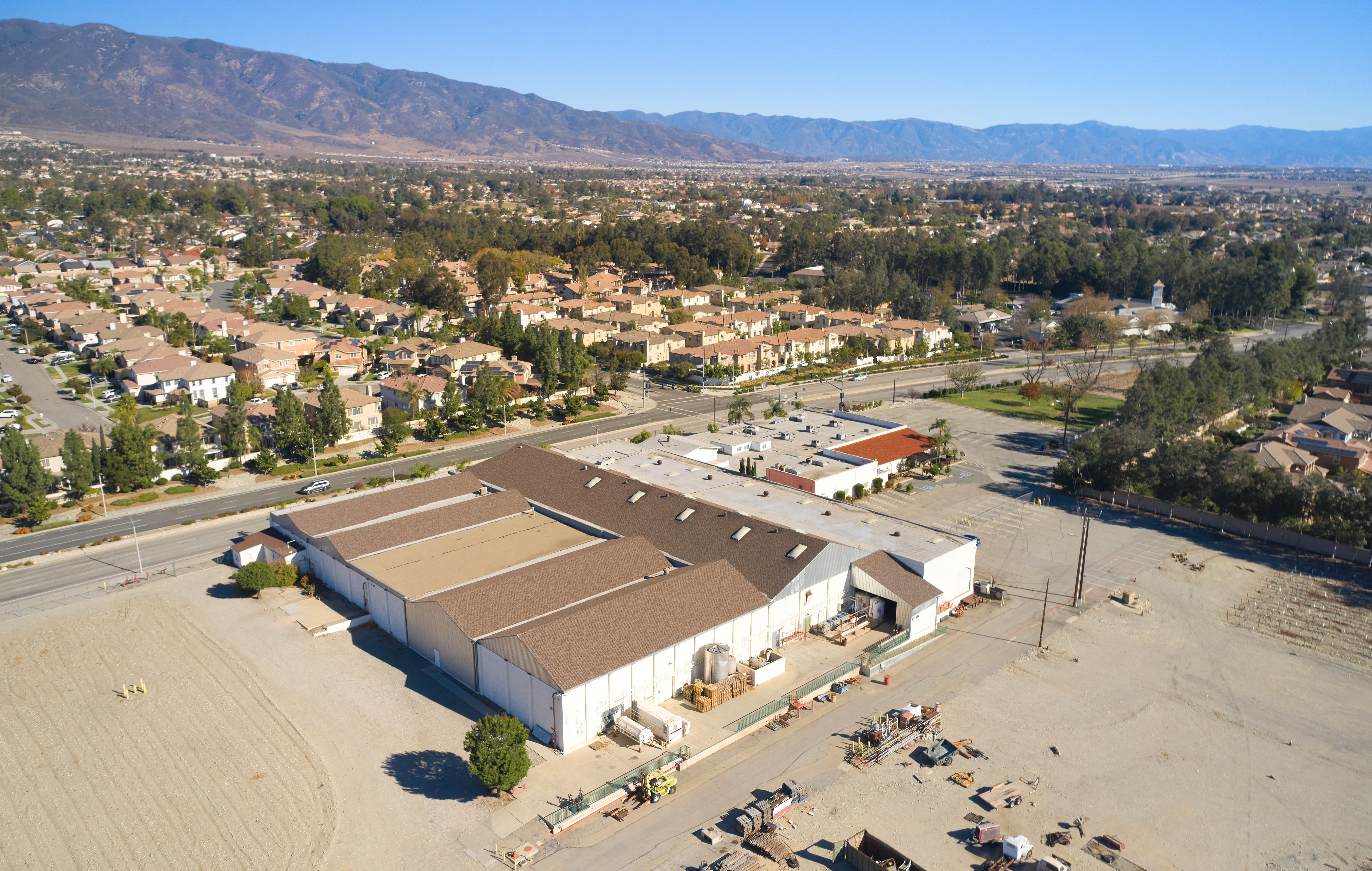