For services & resources during COVID-19, click HERE   |   For info and to apply for Rental Assistance, click HERE

On Tuesday, November 3, 2020 the City of Rancho Cucamonga will conduct a General Election on the same day as the Presidential Election to elect Council Members to represent Districts 1 and 4.

The City of Rancho Cucamonga consolidates general municipal elections in November of even-numbered years to elect members to serve on the City Council, City Clerk and City Treasurer. The City contracts with the San Bernardino County Registrar of Voters to conduct such elections. The City Clerk is the elections official with duties described in the California Elections Code.

As of  2016, the City is divided into four (4) districts and only the voters in a district decide the City Council Member who will represent that district.  Because City Council terms overlap, two seats are open at one election and two seats are open at the next election two years later.  The Mayor, City Clerk and City Treasurer are elected at large. Council Members are elected for four-year terms, must be registered voters and must reside within the designated district boundary.  There are no term limits for the Mayor or four (4) City Council positions.

NOTICE OF NOMINEES FOR PUBLIC OFFICE

Click here to view Notice of Nominees for Public Office.

View the rules and regulations of posting temporary signs in the City of Rancho Cucamonga. 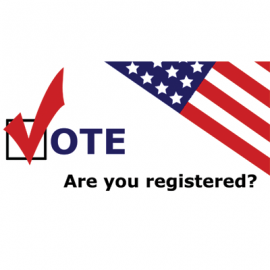 Are you registred to vote?

To find out if you are currently registered to vote, click the link below to visit the San Bernardino County Registrar of Voters website to get full details regarding voter registration.
END_OF_DOCUMENT_TOKEN_TO_BE_REPLACED 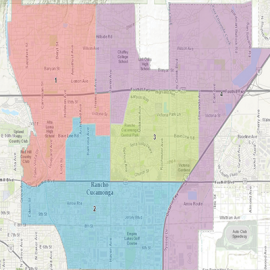 Click the link below to view the Council District map and inquire which district you are in.
END_OF_DOCUMENT_TOKEN_TO_BE_REPLACED