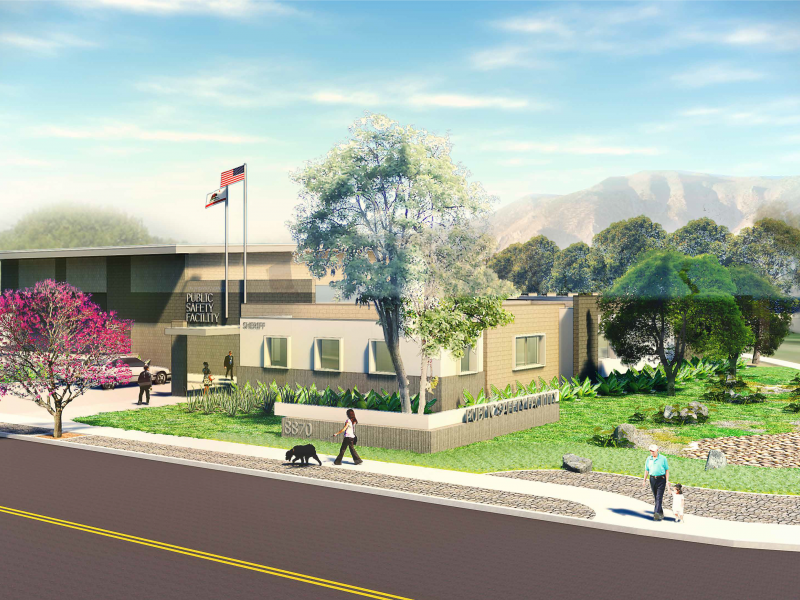 Formal remarks were made by Rancho Cucamonga’s Mayor, Fire Chief, and Police Lieutenant. “This unified venture will provide the next generation with a modern, accessible facility to obtain both fire and police services” said Fire Chief Ivan Rojer. Mayor Dennis L. Michael said, “this facility will allow for law enforcement and fire first responders to continue to train, plan, and respond as partners in public safety.”

The new Public Safety Facility will replace station #172 that is currently located on San Bernardino Road. The original Fire Station was built in 1954 and has provided the community with fire safety services for nearly 65 years and was built 23 years before the City of Rancho Cucamonga was even incorporated.

Construction of the new Public Safety Facility is anticipated to be completed by winter of 2021.