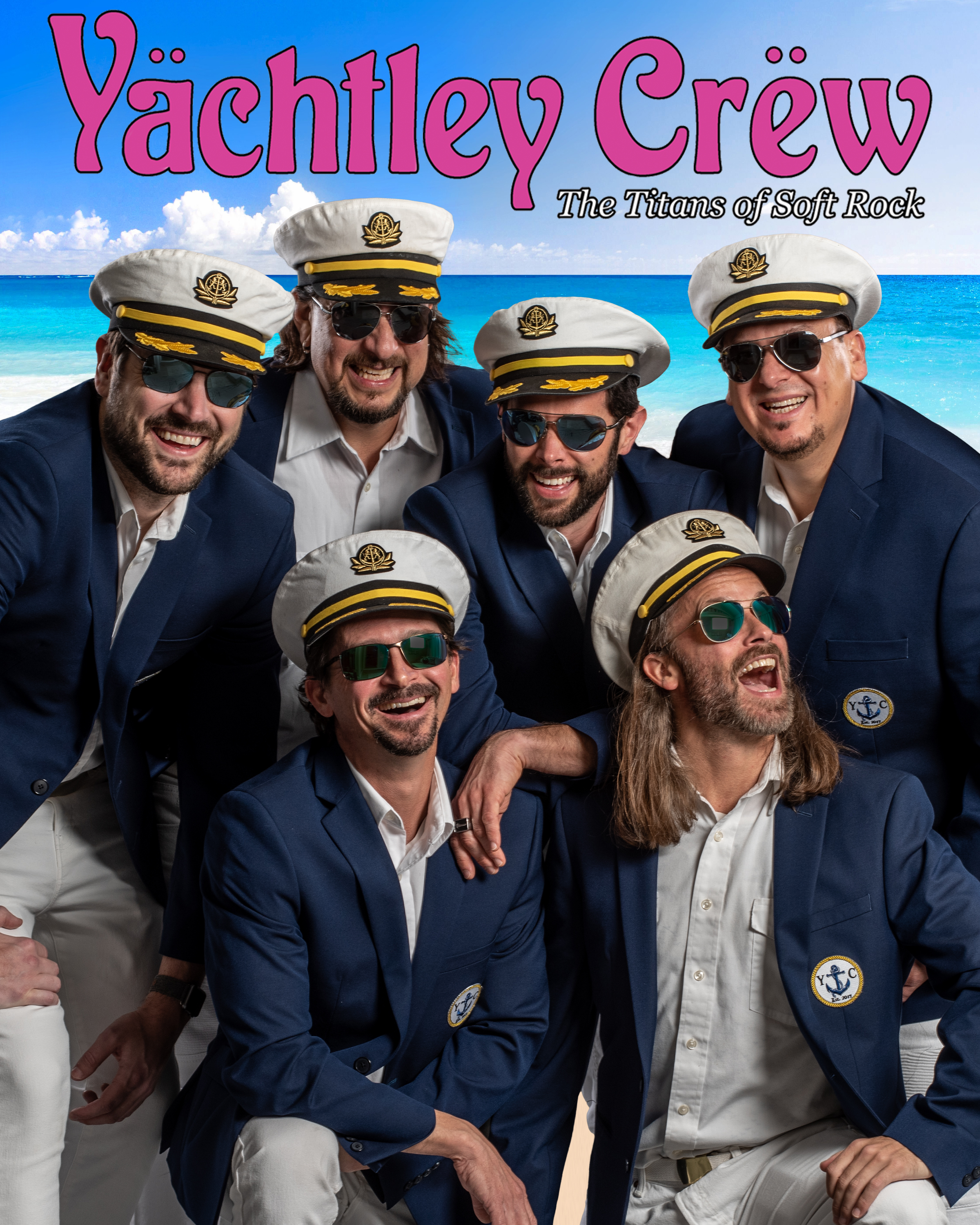 Yächtley Crëw is the Nation’s #1 Yacht Rock band performing all the best soft rock hits from the late 70's and early 80's. Yächtley Crëw is a band of talented and tenured musicians with a common set of goals: to entertain music lovers with some of the greatest songs ever written back in the late 70's and early 80's, and to have as much fun as possible while performing those hits. Some fans may know it as "soft rock", others may identify it as "yacht rock", a more recently coined phrase. One thing is for sure, Yächtley Crëw takes their sound very seriously. "They pay tribute to the songs by nailing the performances, but also blow the crowds away with their live presence, group banter and on-stage antics", said one scribe... Be sure not to miss this first-class band!