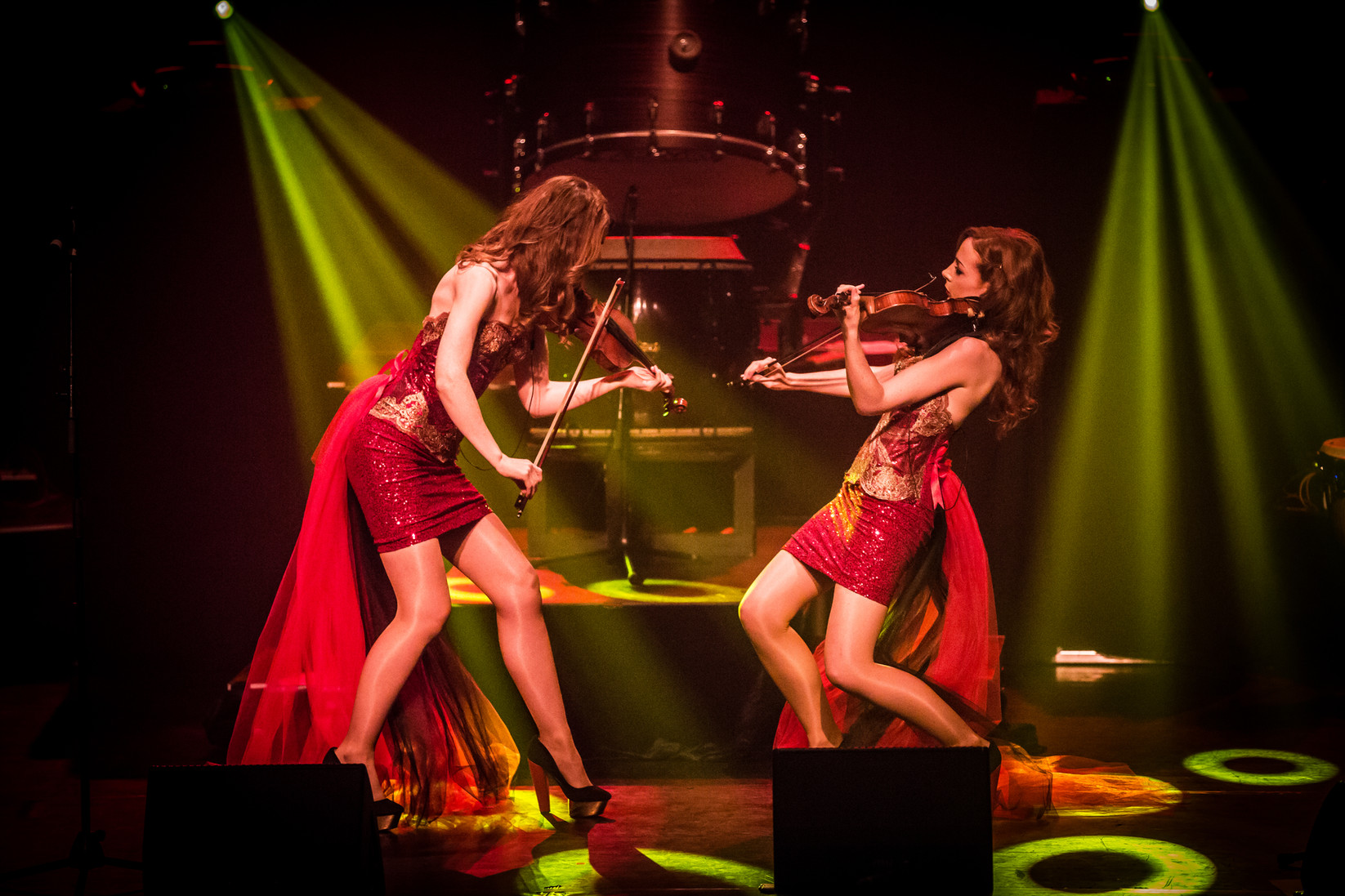 Flame haired Irish sisters, Ruth & Joyce O’Leary known as “Sephira” - The Irish Rock Violinists are undeniably one of the world’s most exhilarating musical talents having appeared with Andrea Bocelli, Celtic super-group; Clannad, and Enya to name a few. While you may recognize them as the original dancing fiddlers for the show, “Celtic Thunder”, Sephira have appeared extensively on PBS and have entertained luminaries across the globe including: Prince Albert of Monaco, two US Presidents, Muhammad Ali, Priscilla Presley, and none other than their biggest fan, the late Larry Hagman. As proud Musical Ambassadors for Tourism Ireland, twin-like sisters, Ruth & Joyce, are the epitome of Ireland.

To celebrate Ireland, the O’Leary sisters will rock the stage performing everything from foot stomping Irish jigs and reels all the way to Led Zeppelin - from Danny Boy to the epic theme from Game of Thrones.  These sisters will take you on a mesmerizing journey from learning well known Irish tunes at ages 2 and 6 in their family home to sharing the stage with icons such as Michael Bublé - and then most recently in 2022 bringing the house down with their powerhouse performance at Madison Square Garden for Katie Taylor’s historic MSG victory. Taking it right back to their roots for these best friend sisters, you will be holding back tears as you experience their close sister bond on stage and blown away by their talent, expression and dynamic violin dueling!

THIS is a show NOT to be missed!